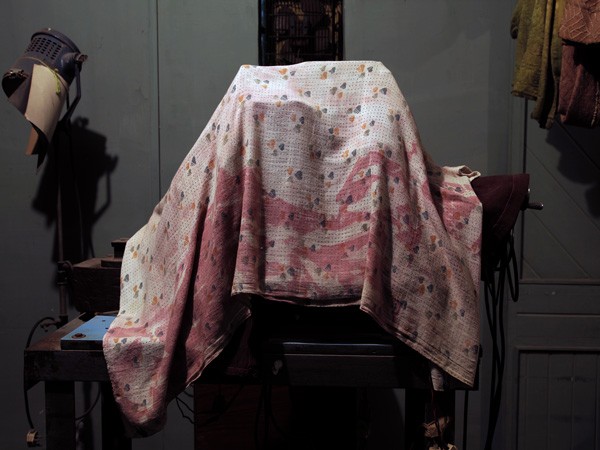 synopsis
Old grey-brown curtains. A middle-aged man appears in the frame and very precisely slides them to one side. Behind them is an old film machine. Its parts look like they were poorly assembled decades ago. Certain parts are held in place with paper clips or string. Everything in this room looks and feels grey, even the colours are all grey: grey-blue, grey-green, grey-red. The man feeds a strip of film into the machine. He bends over it and looks through the viewfinder. He sets focus of the camera, adjusts its position, then checks to make sure all the settings are correct. He flips a switch, presses a button, the camera starts rolling. An electric motor slowly moves the film forward, frame by frame, a counter turns in sync. This ancient mechanism makes rhythmic ticking sounds like a clock. He turns the knob of a clunky, archaic-looking dimmer relay. A title fades in. As we watch his old film equipment ticking on and on and on, the man tells us about himself and his machines: For years, he had expected the change to digital to come, but when it finally happened, he resisted taking the big leap into the digital future. When the transition started, it looked like he would have to get used to a slightly more seedy clientele. But now even the seedy films have gone digital. All of a sudden working with celluloid felt just too expensive, complicated, and exhausting. Day in day out he sits there in his dark, dusty space, next to his beloved and hated analogue film machines, waiting.